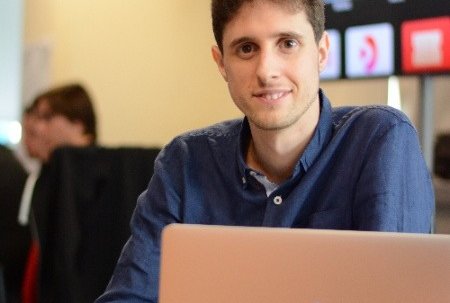 Experience in design, user experience and development of mobile applications. Joining knowledges gained in academia with a continuous study of new technologies allow me to create more reliable, safe and efficient applications. Ability to work in a team and good knowledge of iOS.Good insight and ability to find ideal solutions to problems resulting from the project specifications.Development and design of mobile applications released on App Store.Afterwards University degree in computer science and Certificate of Attendance to Apple Developer Academy.Internet of things programming for control connected device remotely.I am currently iOS Lead developer in IT company.I like fun and everyday challenging projects requiring creativity and drive the team together to overcome.

The developed prototype is an iOS mobile app which aimed at helping tourists to get in touch with local guides in order to explore better. Messaging and audio/video conference features.